The store will not work correctly in the case when cookies are disabled.
Free shipping within the US for orders over $50.
Please note that by changing store you will lose your cart. Are you sure you want to proceed?
Yes! Change Store
No, Stay here 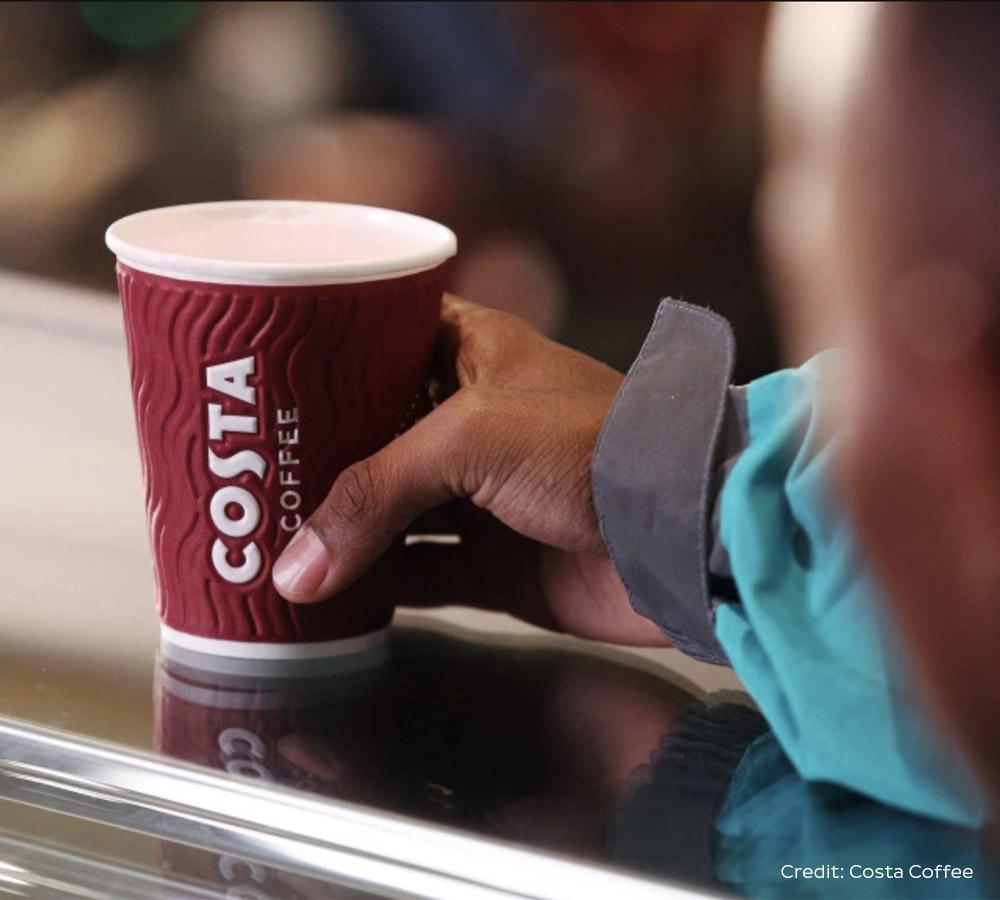 The UK government has proposed introducing a takeback obligation on anyone who sells drinks in disposable cups. This would put the onus on your local café to install dedicated bins and would require significant investment in specialist recycling facilities to deal with single-use waste.

While we applaud any effort to reduce the estimated 2.5 billion cups thrown away in the UK every year, the narrow focus on a takeback obligation for producers is unworkable and undermines the chance of the government delivering on its broader reuse ambitions (page 6).

Supporting the big players instead of the small progressives

Small independent cafés are setting the standard when it comes to tackling the disposable cup waste mountain. We hear about the positive changes being achieved every day when speaking to our customers; increased reuse rate, donated mugs from their customers for reuse, allowing customers the option to forgo a disposable lid, charging extra for coffee in a single-use cup, or going single-use free. Our community is demonstrating what is possible, and there’s public support for those willing to lead the charge.

At the other end of the scale are the big players, including Costa, McDonald’s and Pret A Manger, who are involved in the National Cup Recycling Scheme – which perpetuates single-use convenience culture and is a scheme the government’s new takeback obligation is modelled on.

Single-use cups used on the go end up in a whole lot of places where “special takeback collection” bins will not be located, such as households, parks, train stations, office buildings, hospitals, beaches, schools, street litter bins etc., meaning the majority will continue to end up in landfill.

It’s therefore no surprise that in 2019 the National Cup Recycling Scheme reported a 6% recycling rate, falling short of its unambitious 8% target – is this really considered the pinnacle of progressive policy we should be aiming for?

Disposable cups weren’t made to be recycled

Disposable paperboard cups are made from a layer of paper covered in a thin layer of plastic to make the cups waterproof. This means they can’t be separated in traditional paper recycling streams, making them notoriously difficult to recycle, and if they are to be recycled a dedicated collection outside of current waste systems is required.

Where specialist recycling facilities do exist for paperboard cups, they can be treated in one of two ways. The first is shredding the cups and then processing them into a resin mixed with recycled plastics to create new plastic products. The second is to strip out the plastic part of the cup, which is typically discarded, and the paper part is then recycled into other paper products. The key question we should be asking is does the market value of products made from recycled disposable cups outweigh the cost to build and run the complex infrastructure needed to recycle them?

The UK has been exporting more of its recycling than it’s been processing at home – a significant proportion of it ending up in countries without the required infrastructure, leading to it being burnt or dumped in the sea, as the recent Trashed report from Greenpeace highlighted. While a takeback scheme could start to address the issue of disposable cups contaminating good quality recycling when wrongly disposed of, a reduction in disposable cups or an outright ban would achieve this much faster.

Compostable cups have been touted as part of the solution, but the “compostable” label is misleading; they are not made for your average home compost but instead need industrial compositing facilities to break them down. Meaning most of them end up in landfill.

We struggle to see how a takeback scheme is achievable or viable. And we’re concerned it could establish a dangerous precedent for other single-use items.

Encouraging reuse or providing an excuse?

There have been real gains made in the reduction of single-use packaging and noticeable changes in consumer habits. Looking at our own journey over the past 12 years, we have gone from providing a reuse option for a small number of coffee aficionados at a design market in Melbourne to KeepCup forming part of people’s daily routines in more than 75 countries around the world.

The anti-single-use movement is gathering momentum. Just this month, M&S and Waitrose have announced they’ll be increasing the number of stores selling packaging-free products, and Starbucks plans to reintroduce its 5p charge on disposable cups throughout the UK and Germany.

A new report by Friends of the Earth and City to Sea found 81% of Britons want the government to make refillable products a central part of its strategy for tackling plastic pollution. The government should be listening to its tax-paying public and supporting the reduction of single-use consumption and waste through legislation.

A bold vision to level the playing field

Small and micro businesses account for approximately 35% of the overall market of sold filled disposable cups (page 67) , most offering dine-in as an option. Introduced on its own, the takeback obligation would not level the playing field for these businesses. Instead, small businesses would be forced to join large schemes facilitating the delivery of the obligation – likely operated by the major chains – leaving them with little control over the costs involved and eroding their independence. Reuse removes excessive costs associated with disposal, as well as providing a cost saving on the amount spent on cups.

A levy on single-use items, as demonstrated by the charge on plastic bags, would be a real leveller. Although the powers exist within the Environment Bill to introduce more of these charges, they still remain optional. In the absence of a levy on disposable cups, implementing the takeback obligation without any other measures to boost reuse rates would be a missed opportunity.

As we shared at a recent meeting with Defra, the following simple solutions could be rapidly introduced to ensure the UK starts raising the bar on reuse now:

The last year has had a devasting impact on the hospitality sector. Many of our customers have struggled to keep their heads above water. Despite the extreme financial stress they've faced, their unwavering commitment to reuse has been rewarded with customer loyalty.

The mandatory takeback scheme will place another financial burden on businesses that are already struggling to stay afloat. Implementing the solutions we propose would level the playing field, championing the progressive practices of the businesses taking us towards the future we want to see.