FREE SHIPPING ON ORDERS WITHIN THE US OVER $70, T&C's APPLY.
Please note that by changing store you will lose your cart. Are you sure you want to proceed?
Yes! Change Store
No, Stay here

The Myth of the “Compostable” Cup 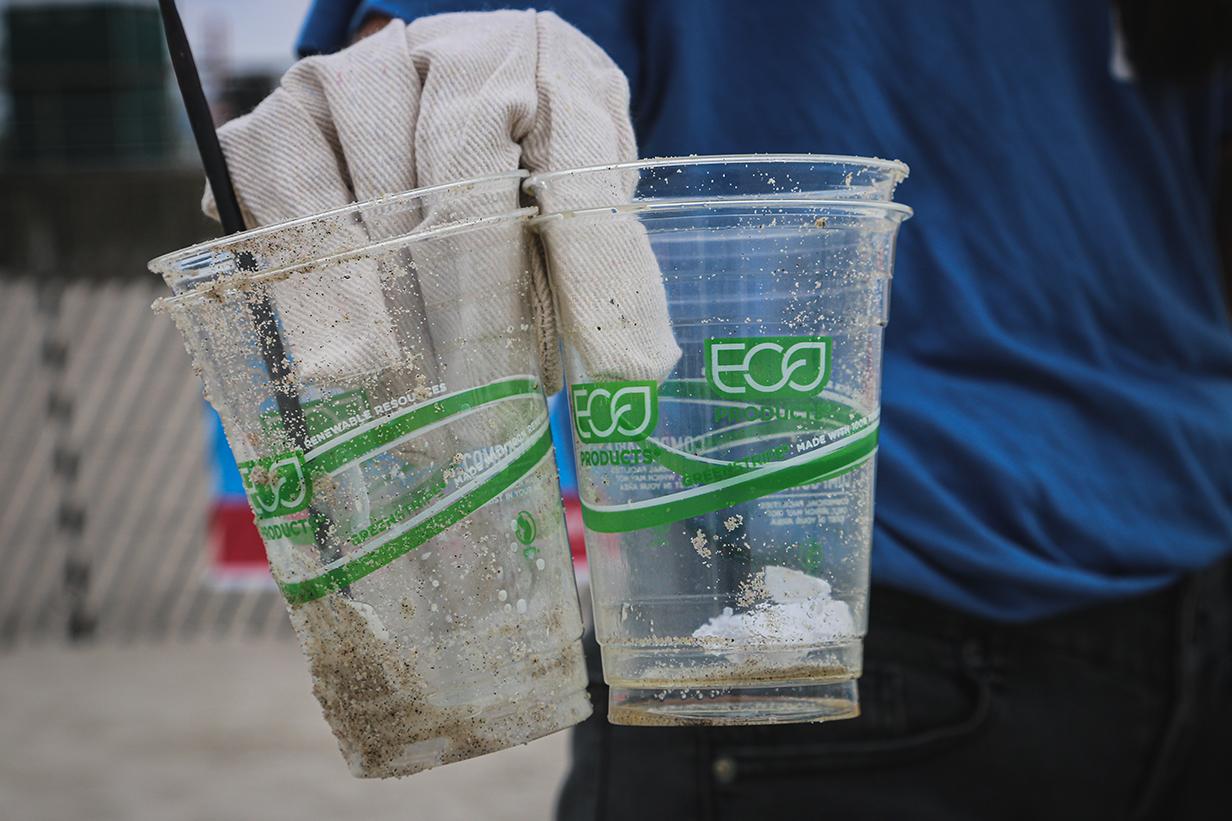 The Myth of the “Compostable” Cup

Compostable coffee cups are often touted as a better solution to regular paper and plastic single-use cups. But are they all they’re cracked up to be? Let's bust some common myths.

That compostable cup from your morning latte can’t be thrown in your home compost.

Most compostable cups require commercial collection systems and these are few and far between. In Australia, only an estimated 18% of councils have, or plan to have, kerbside organics collection and even fewer of these accept compostable packaging.

In the UK the lack of commercial composting infrastructure has led MPs to call for a stop to the promotion of industrially compostable packaging.

Let’s not forget: compostable does not mean composted. The vast majority of compostable coffee cups never make it to a composting facility. They end up in landfill.

Myth: If they all end up in landfill anyway, it’s better to use a compostable than another single-use cup

Single-use compostable cups that use PLA (polylactic acid – a plant based plastic) rather than petroleum based plastic create different problems, but of equal magnitude, to other disposable cups. Arable land is used to grow the crops to make plant-based plastic.

Across their life cycle, compostable cups have worse carbon emissions than other single-use cups. Our peer reviewed Life Cycle Analysis compared KeepCups with two single-use cups (compostable and standard paperboard) and two other reusable cups (bamboo and polypropylene). Compostables had the highest emissions of all cups analysed.

Myth: If littered, compostables will have less impact than other single-use cups

Littered compostables pose just as much of a threat to marine environments as their non compostable counterparts. There is growing concern that compostable packaging may even increase the likelihood of littering, as users throw it away assuming it will compost anywhere.

Myth: Compostable cups can be recycled

Most single-use coffee cups can’t be recycled, be they compostable or otherwise. When placed in recycling bins, single-use cups contaminate the waste stream, requiring more resources to sort and remove them or resulting in the entire collection being sent to landfill.

Myth: With global recycling in turmoil, compostable is the answer

Only 9% of plastic ever made has been recycled. The state of global recycling is in crisis. By comparison there is negligible infrastructure to support composting.

If we do expand composting infrastructure to benefit soil and food production, our focus must be on composting organic material that is beneficial to farmers. Think about what makes good compost that supports life: nutrients, nitrogen and moisture. Compost filled with PLA and cardboard provides little benefit.

“There is a perception with compostable packaging that it turns into compost, but it does not. It turns into carbon dioxide, water or methane with a tiny amount of biomass left behind.” - Sarah Greenwood, University of Sheffield packaging consultant.

Compostable cups promote single-use. They do nothing to drive behaviour change. Single-use is single-use no matter what the material. One use just doesn’t justify the water, energy and materials required to create, and dispose of, packaging.

The consumption crisis won’t be solved by switching materials. It will only be solved by changing behaviour, systems and methods of delivery.